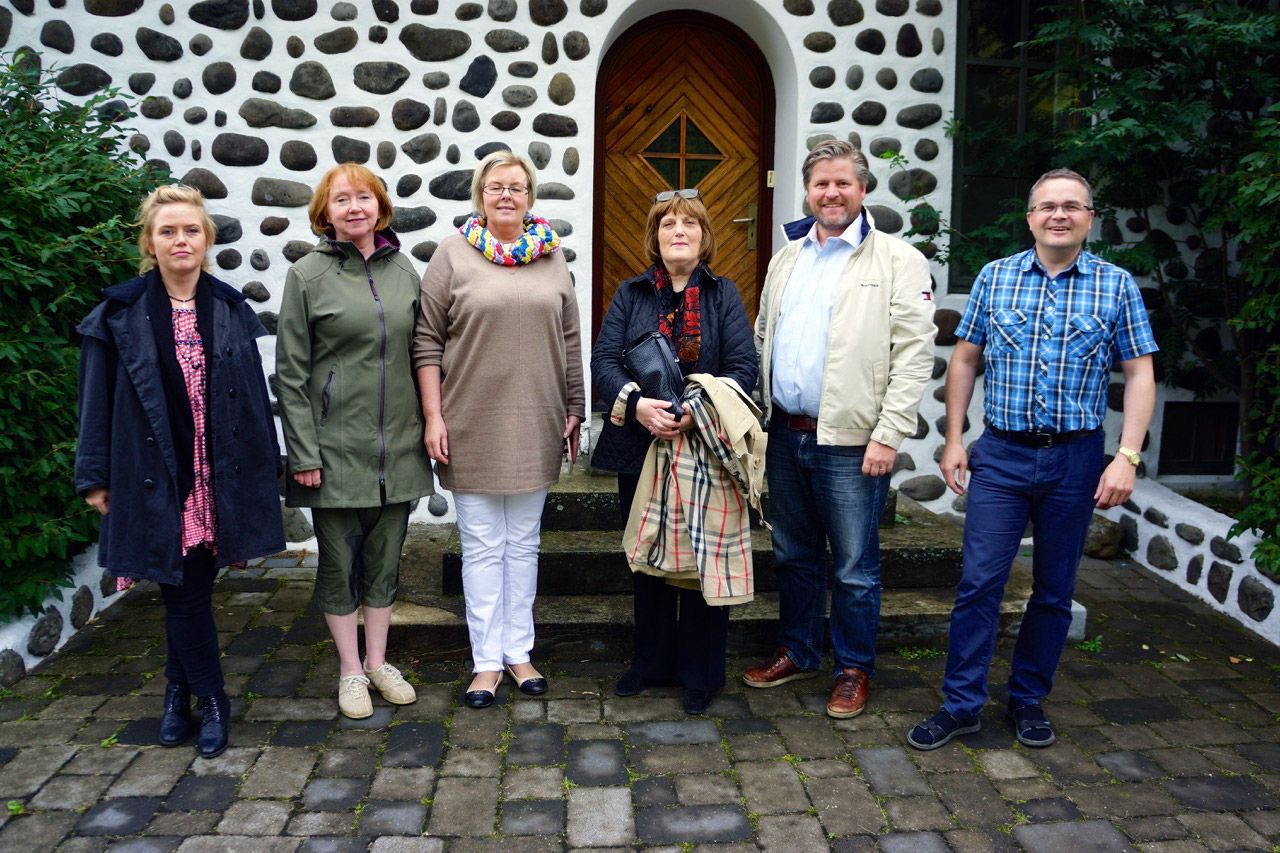 From January 1, 2008, the institution has been run as a with Non – profit Self independent institute.

In 1999, an agreement was made between the Ministry of Education and the Ministry of Agriculture that the The institute of Gunnar Gunnarsson had at his disposal and supervision at Skriðuklaustur in Fljótsdalur, the former home of Gunnarsson; Gunnarshús, and the building next to it Skriða as a director's or staff residence, and a 15 ha plot around the houses. That is the home of the institute, though its platform is East Iceland and, in fact, the whole world.

At Skriðuklaustur, the institute of Gunnar Gunnarsson runs a cultural and educational center with live cultural activities all year round, exhibitions, concerts, lectures and other events.

The Board of Directors for the institute is thus as of 1 January 2018:

• Gunnar Björn Gunnarsson chairman, appointed by the Ministry of Education, his alternate being Gunnar Martin Úlfsson.•

• Margrét Jónsdóttir, appointed by the University of Iceland, her alternate is Hjalti Hugason.

• Svanhildur Óskarsdóttir appointed by the Árni Magnússon Institute of Icelandic Studies, her alternate being Rósa Þorsteinsdóttir.

Skúli Björn Gunnarsson was born east in Fljótsdalshérað district on March 24, 1970. He is an educated Icelandic scholar but worked in publishing, promotion, advertising, multimedia, website design and public relations before taking up the position of director of the Gunnar Institute on October 1, 1999.His email address is skuli[at] skriduklaustur.is

Ólöf Sæunn Valgarðsdóttir (Skotta) is an anthropologist who has worked at the Gunnarsstofa intermittently since 2001. She oversees the reception at the site and manages summer activities as well as other projects.Her email is skotta [at] skriduklaustur.is